Lately, I've been brought to tears--

I received a letter from MADACC,

they were asking for money

even included a story.

There was a picture of a seven y/o female pit-bull,

she'd been abused and used for breeding

That lead to incontinence--

for the rest of her life, she'll be in diapers.

With tears in eyes, I willingly fished

the only two-dollar bills out of my savings,

placing them in the provided return envelope

My dog was sitting on my lap

when I read the letter.

It made me sad to think,

where he'd be without me (His Daddy).

ABC's Nightline was on TV

telling the story of a guy named Pat.

He was a fireman who'd been severely burned,

luckily, he received a face transplant.

He had regained sight, regrown hair, and

even met the mother of the face he now wears.

She kissed his forehead, saying softly "thank-you" and "it's yours."

Emotional to watch, honor and joy to of felt a part of.

Stronger than I'll ever be choked-up & teary-eyed, just watching though. 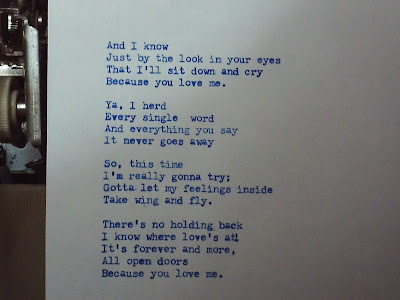 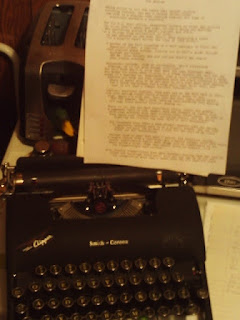